Rotterdam Port Authority is celebrating its own greatness this year, and with good reason. The port is going through a surge in popularity, maybe because of its impressive throughput increase, or maybe because its one of the most forward thinking ports in the world…

Rotterdam Port Authority has been celebrating of late. And really, there are many reasons why it should be happy with itself right now. Things seem to be getting better and better for The Netherlands’ biggest port at the moment. Recently they posted a video on YouTube to highlight all the great moments that occur at the port on a day-to-day basis. And the news that it’s growing, often times dramatically, is good for ship operators, owners and crew alike. 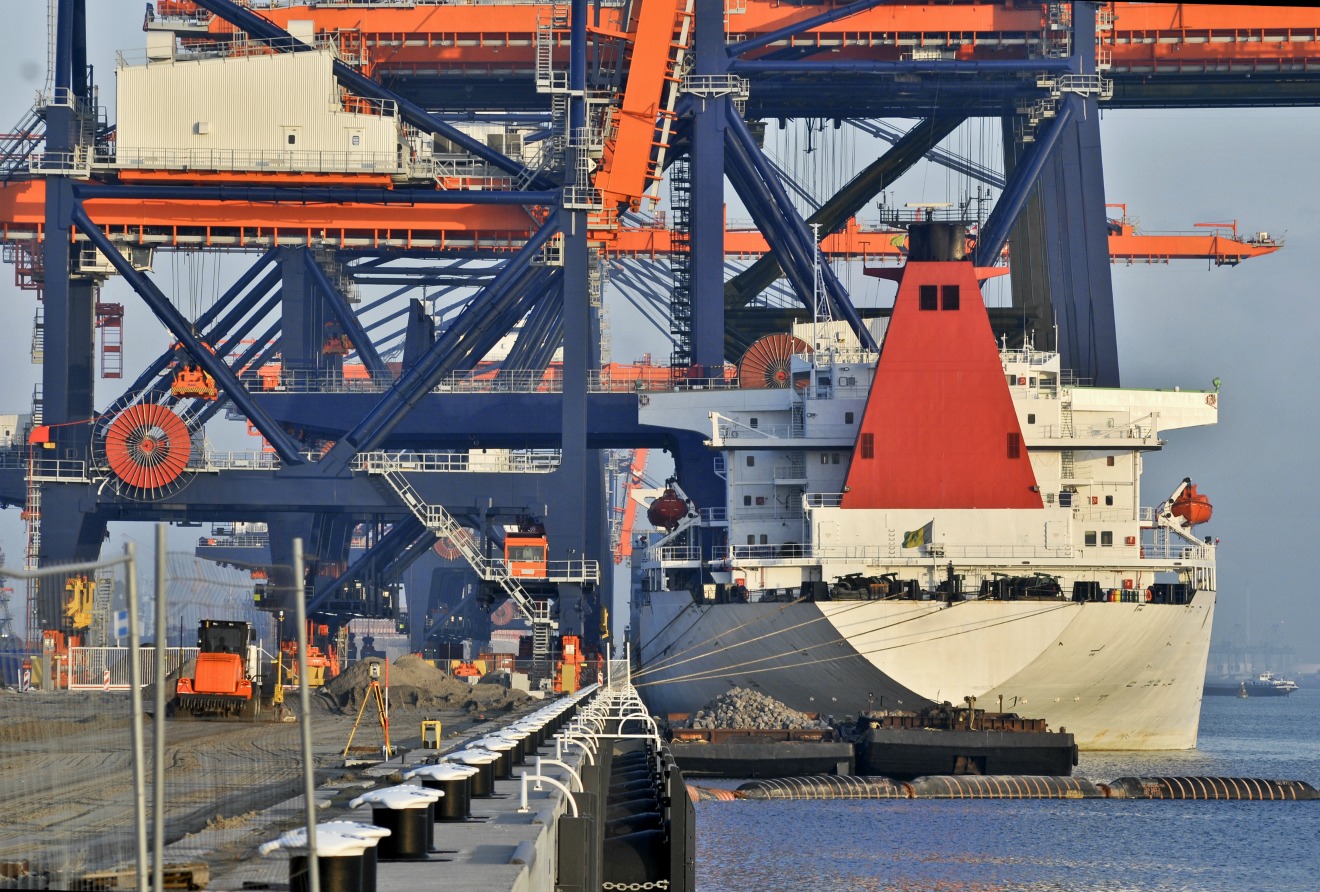 In 2014, the port’s total throughput went up 1% to 445 million tonnes. According to the Rotterdam Port Authority shifts in the energy sector, the emergence of American shale gas, locally generated renewable energy, and price fluctuations of gas, coal, and oil have all contributed to the changes in the port’s throughput. As have the emergence of bio-based and circular economy and the increase in scale of container shipping and the formation of alliances by shipping companies.

2.The breakbulk and container sectors are doing pretty well too

According to the RPA’s annual presentation in January 2015 there are a couple of sectors that are outperforming others. Containers were up 5.8% and breakbulk grew a massive 12.1%. Plus, an added 4.8% of crude oil based through the port. 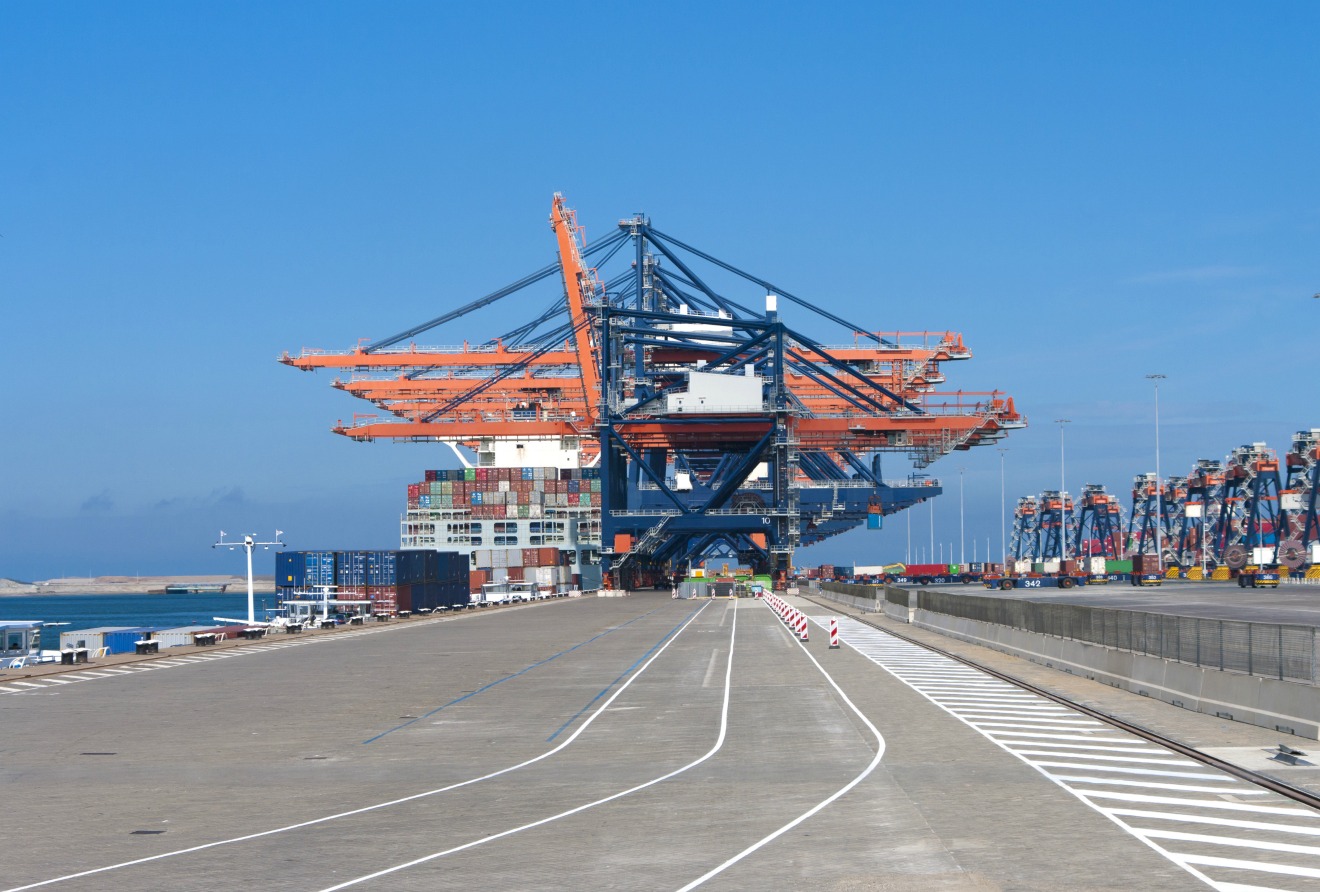 3. Rotterdam port is going through some big changes at the moment

That’s what Port of Rotterdam Authority CEO, Allard Castelein said in his speech at the afore mentioned presentation anyway.

Apparently, the port is expecting big growth in the container sector this year, and the authority says that a healthy future relies on being innovative and varying the port’s activities.

“We are seeing major changes not only in the energy sector and the chemical industry, but also in logistics”

“So that the port can continue to be a strong pillar of our prosperity in the long term, we are working with business on innovation and on broadening the range of activities in the port. We can already see evidence of this in the increase in offshore activities, but the energy and chemical sector also need to become more sustainable.”

On the 12th of February the ECT Delta Terminal, unloaded and loaded 18,500 teu (that’s 11,051 containers) off the Thalassa Hellas of Evergreen Line, a feat that has never been achieved before during one call. 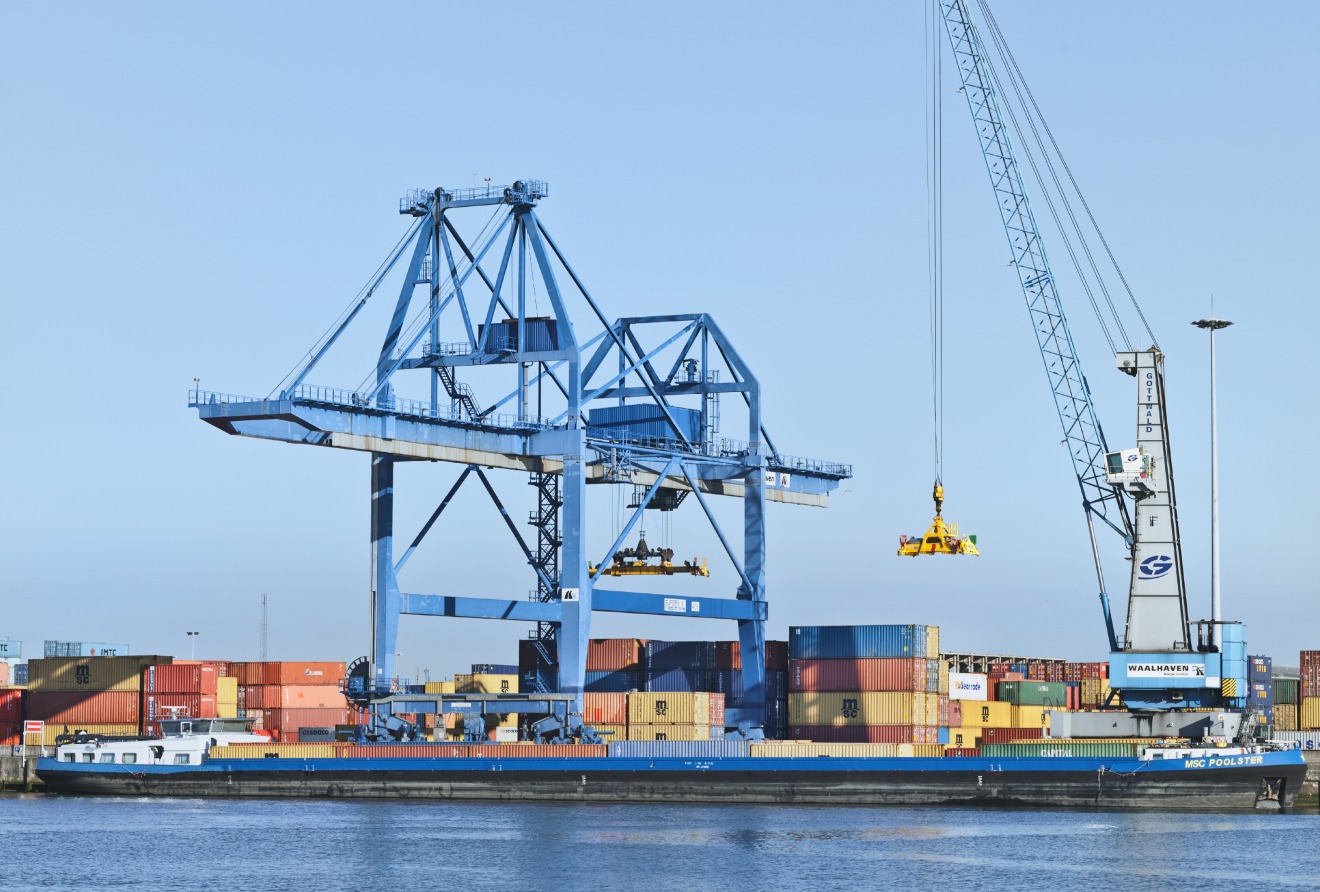 According to the Journal of Commerce, Rotterdam is also now the first European port to handle over three million teus of traffic to and from China, keeping at the top of the Chinese trade gateway list, above Hamburg. And the port is confident that it will continue to hold that spot in the years to come.

6. A new, regular service from a Maasvlakte II container terminal is expected to spice things up

The new APM Terminals Maasvlakte II container terminal will rollout its first regular service in February 2015. With some industry experts suggesting that this will cause a rate war across the Le Havre-Hamburg range. 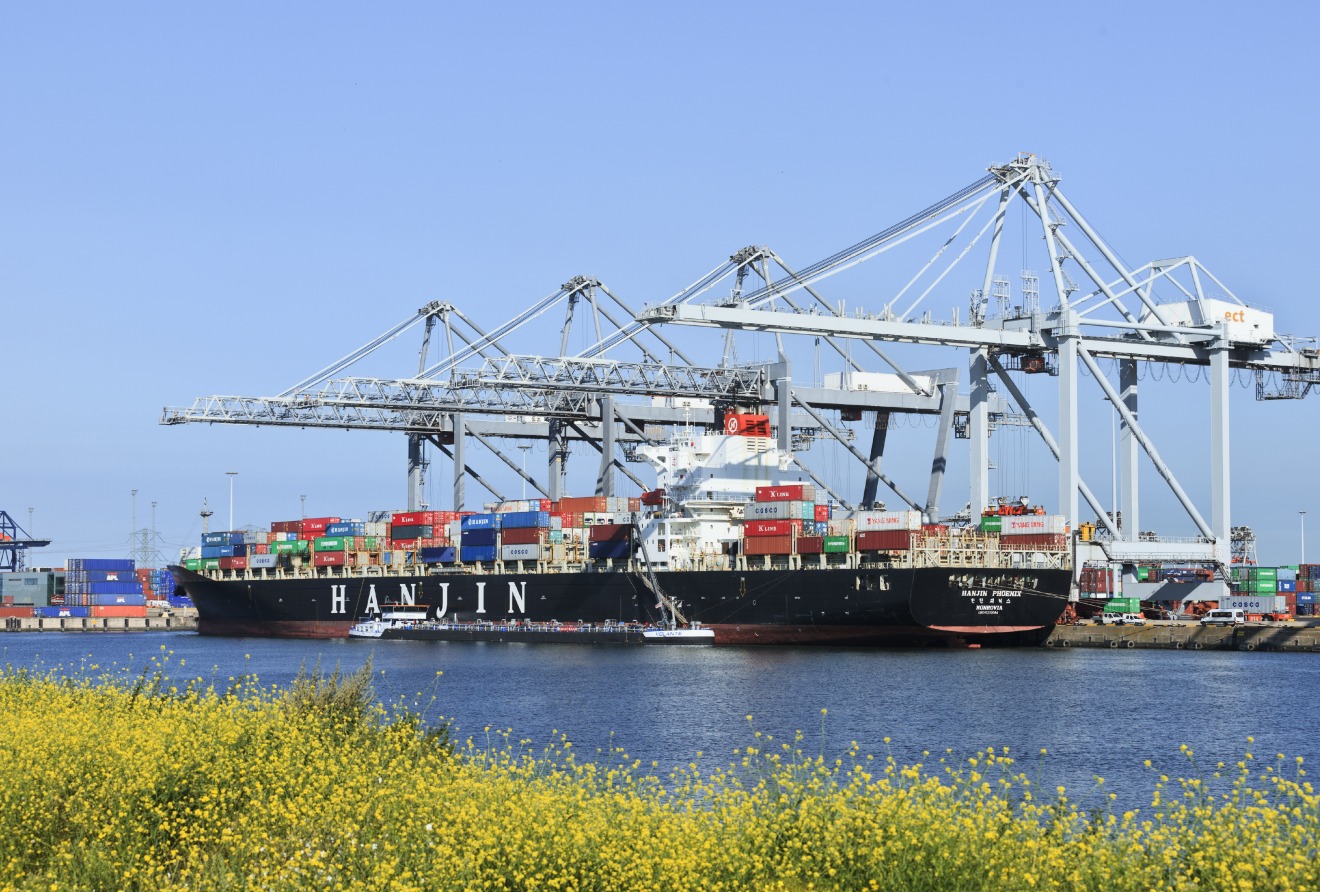 The port authority is also intent on enhancing sustainability and innovation at Rotterdam, and there are a number of ways it is looking to do this including: the construction of the LNG breakbulk terminal, developing the bio-based chemical sector and its Delta Plan Energy Infrastructure plus enhancing chain sustainability using programmes such as ROAD, biomass certification and Bettercoal.

8. It loves being green

RPA says the environment will also remain an important focus, and states that it will continue to work and collaborate on such projects as the development of LNG as a transport fuel, the CCS and CO2 infrastructure, the Maasvlakte 2 bio-based cluster, the ban on degassing benzene while sailing and investigating the measures related to nitrogen deposits. 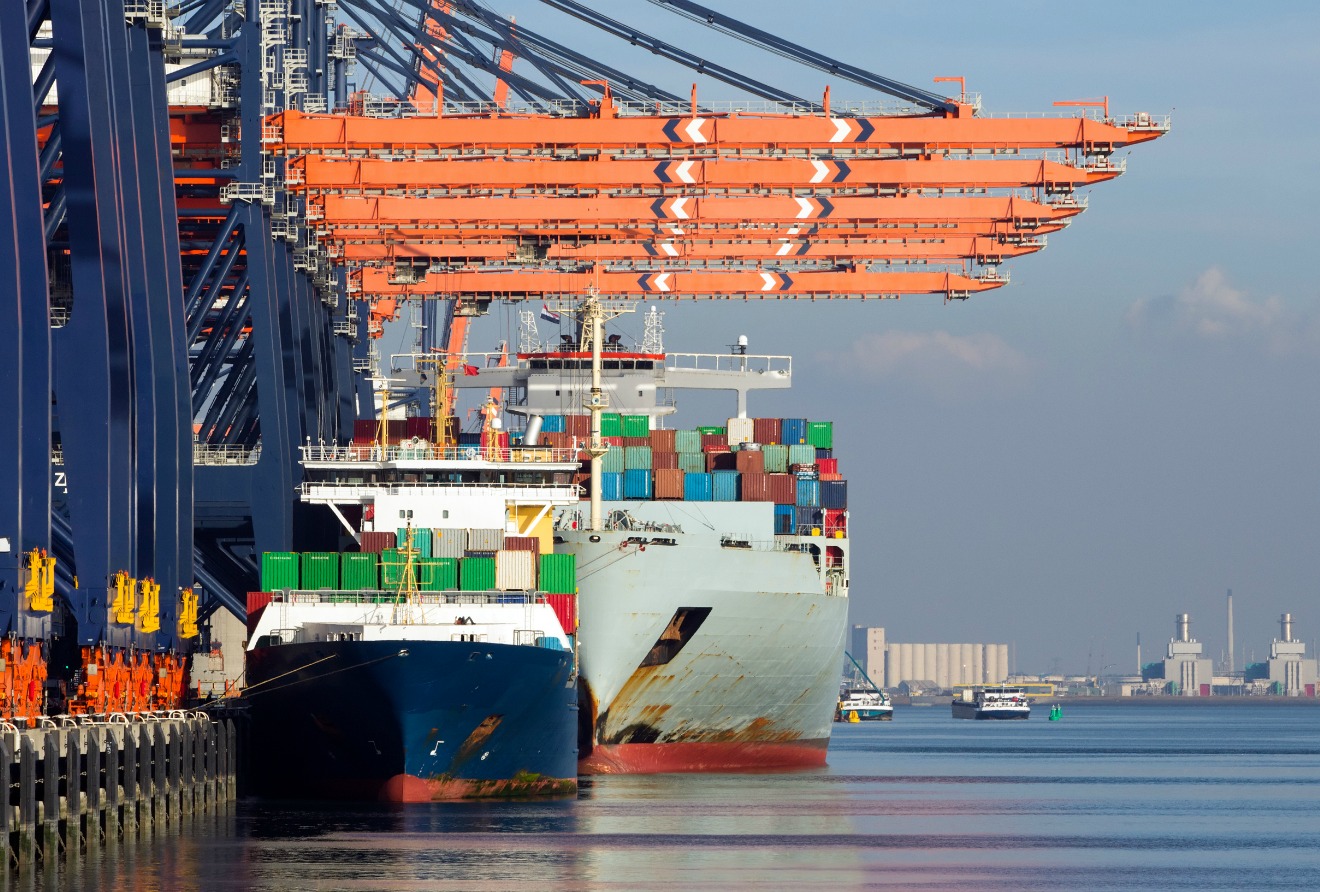 In 2015, the Port of Rotterdam will be looking to strengthen it’s position in the container sector.

It says that it will stimulate growth by exchanging of container among terminals CER, taking into operation terminals RWG and APMT MV2, investments by ECT, CT Alblasserdam. While also stimulating transshipment and second call deepsea by discounting port dues.

10. It’s aware of the importance of hyperconnectivity to the supply chain

In light of a report by the World Economic Forum called Connected World: Transforming Travel, Transportation and Supply Chain, Rotterdam Port highlighted a number of challenges that needed to be overcome by the port industry, which it is committed to finding solutions for.