Maersk Line may not be big enough to control the container shipping market in the way dominant players do in some other industries but when its bosses speak the market does sit up and listen. 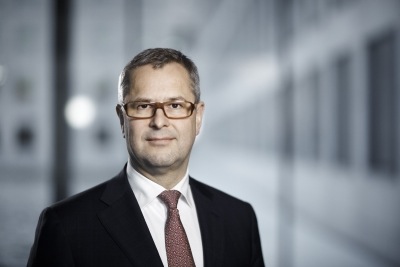 Holding somewhere in the region of a 17% market share, Maersk is pinning its hopes on the other major players acting rationally in the coming months. When the container lines all pull in the same direction in terms of managing capacity the results can be remarkably good even if the absolute demand and supply balance is not in lines’ favour, as 2010, and to a lesser extent 2012, proved. However, if one major line steps out in an effort to secure market it does not take long for a freight rate war to break out and lines quickly find themselves racking up huge losses as they did in the second half of 2011.

Looking at the simple numbers for the demand and supply balance this year and it does not look good for lines. Maersk estimates that the nominal capacity of the container shipping fleet will grow 11%, while headhaul demand will grow at just 3%. This leaves a yawning gap of 8% that can be disastrous in boxshipping.

Despite this Maersk Line’s ceo Soren Skou is upbeat on transpacific rate increases for annual contracts and expects this Friday’s slew of carrier increases on Asia – Europe to go through, even if he is less certain on how long they will hold.

What Skou is banking on is that lines will continue to keep their discipline in terms of capacity management that they showed last year. With a forecast of scrapping 2% of the fleet this year, a 1% increase of the idle fleet to roughly 6% mainly as lines return chartered ships to tonnage providers, and additional slow steaming to soak a further 2% of capacity, this would bring down the gap in demand and supply to around just 2% rather than 8%.

Should this scenario pan out 2013 could well be a better year for container shipping the raw demand and supply numbers suggest, but it will as Skou notes “require the industry to act in a rational manner”.