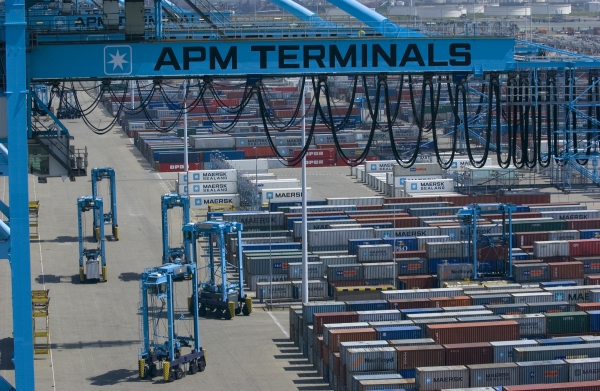 APM Terminals and Rotterdam dock unions have agreed on a labor contract for Europe’s biggest container terminal, which will open next year.

The deal covering the Maasvlakte 2 terminal follows several days of work stoppages at APM Terminals’ existing facility in Rotterdam that forced container vessels to divert to the neighboring port of Antwerp.

The dispute disrupted the sailing schedules of APM Terminals’ sister company Maersk Line, which diverted several vessels, including the 18,270-TEU Mary Maersk, the first of its Triple E vessels to call at the inland Belgian port.

The new labor contract, which runs from Jan. 1, 2014, through Dec. 31, 2017, covers employees transferring to the new terminal, which is due to start operations in November 2014.

Under the agreement, reached after five months of negotiations, employees will get wage increases of 0.5 percent and 1 percent above inflation in 2015 and 2016, respectively, plus a one-off payment of €3,600 Euros ($4,830).

Unions also have agreed to 24/7 operations, “which is crucial to meet customer demands for higher productivity,” APM Terminals said.

“The new collective labor agreement matches new operating procedures, practices and functions at the new facility, which will set new standards in safety, sustainability and productivity at one of the most advanced, automated container terminals in the world,” A.P. Moller-Maersk’s port operating arm said in a statement.

The Maasvlakte 2 terminal, built on land reclaimed from the North Sea, will have an initial capacity of 2.7 million 20-foot-equivalent units, rising eventually to 4.5 million TEUs. The facility is currently testing new computer systems and equipment.

A second, 4-million-TEUs-a-year terminal is being built on the Maasvlakte by DP World in a joint venture with four ocean carriers — MOL, CMA CGM, Hyundai Merchant Marine and APL.