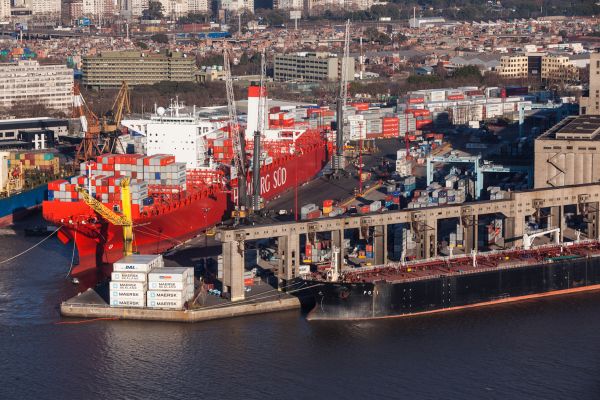 The 1,089-foot-long vessel, which is equipped with 2,100 refrigerated plugs, is the largest vessel ever to call at the Argentine port. The Cap San Nicholas is the first of six of the Cap San class vessels that will be introduced into Hamburg Süd’s route connecting Asia, South Africa and the east coast of South America. Its sister vessel, the Cap San Marco, is scheduled for delivery in mid-August, and two more Cap San vessel are scheduled for delivery later this year, with the final two vessels set to enter the fleet in January 2014.

“We are very pleased with the success of this vessel call, which is a major milestone for South American port operations,” said Joe N. Nielsen, head of Latin America for APM Terminals, in a written statement. “The future of South American shipping has arrived in Buenos Aires, and we are ready.”