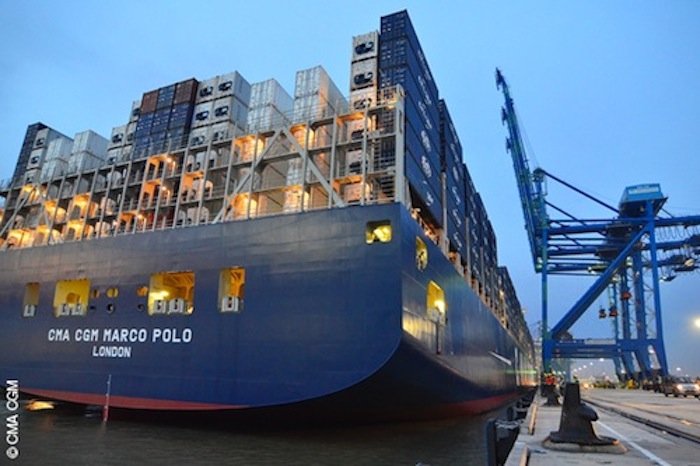 French ocean carrier CMA CGM swung to a net profit of $102 million in the first quarter from a $240 million loss a year earlier on increased container volumes and higher freight rates.

The world’s third-largest carrierby operating capacity earned $258 million before interest, tax, depreciation and amortization compared with a $31 million loss in the first three months of 2012.

This corresponded to an operating profit margin of 5.1 percent, “one of the industry’s highest, the Marseilles-based carrier said.

The rate of return on capital employed reached 14 percent during the quarter compared with 0.2 percent a year earlier.

The carrier, which finalized a debt restructuring with its banks in February, said it had significantly strengthened its balance sheet. Net debt totaled $4.2 billion on March 31, $1.1 billion less than a year earlier and down $400 million from the end of 2012.

But, in a sign that CMA CGM and the industry as a whole face headwinds later this year, the carrier warned that freight rates have declined considerably since the Chinese New Year, particularly on the Asia-Europe trades.

Still, it said it should produce better-than-average results for the full year despite volatile market conditions “thanks to the diversity of its geographic exposure and its ability to effectively manage its cost structure.”