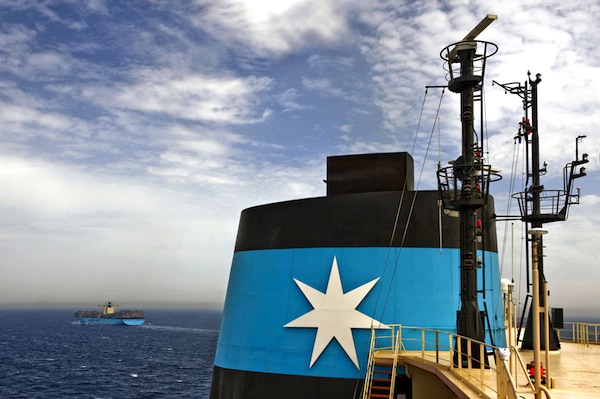 The world’s largest ocean carrier posted a net operating profit of $439 million in the three months through June, against $227 million in the same period in 2012.

A.P. Moller-Maersk said it now expects its container shipping unit’s full year profit to be “significantly above” 2012, compared with an earlier forecast of “above” the $461 million it earned last year.

The carrier has enjoyed a 5 percent competitive margin over its rivals in the past three quarters, according to Andersen.

Maersk’s profit, its fifth consecutive quarter in the black, contrasts with second quarter losses at most Asian carriers. German carrier Hapag-Lloyd posted a profit of 20.9 million euros ($27.6 million) in the second quarter compared with a loss of 7.3 million euro a year earlier, and France’s CMA CGM has yet to publish its results.

The shipping line’s revenue was 9.2 percent lower than a year ago at $6.65 billion, impacted by a modest 2.1 percent rise in traffic to 4.4 million 20-foot equivalent units and a 13.1 percent slump in average freight rates to $2,618 per 40 foot container.

Andersen said Maersk had cut costs by a “very, very significant” $897 million during the quarter, of which lower fuel consumption accounted for $310 million, while the lower bunker price saved $263 million. Intermodal costs, usually loss-making for the liner industry, were trimmed by $154 million, and a further $120 million savings were made in other areas, including administration, feedering and port calls.

The total cost per 40-foot container fell by 12.7 percent from a year ago to $2,703, mainly driven by vessel network efficiencies.

“Total cost reductions are ahead of plan, especially due to a more cost-effective vessel network compared to last year,” Maersk said.

The carrier now expects global container traffic to grow by 2 to 3 percent in 2013, down from a previous forecast of 2 to 4 percent.

“The outlook for container transportation remains challenging as demand is expected to continue to be weak in 2013 while new deliveries are expected to amount to 9.5 percent of the fleet.”

Maersk said it will respond by maintaining its focus on supply management “such as idling of vessels and blank sailings.”