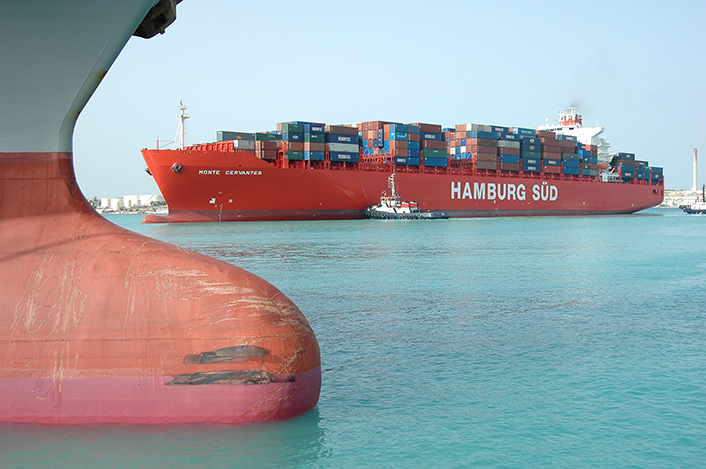 Increasing cooperation between Hamburg Sud and carriers in the Ocean Three Alliance suggests it “seems only a matter of time” before the German container line joins the alliance, Drewry Container Insight said in a speculative commentary this week.

Neither Hamburg Sud nor the Ocean Three carriers — CMA CGM, China Shipping Container Lines and United Arab Shipping Co. — have given any public signal that the alliance will become the Ocean Four.

But Drewry said increased joint services often lead to something more, and that “one trend that takes no special detective skills is the growing bond between Hamburg Sud and the Ocean Three carriers.”

Drewry cited slot charters or other cooperation in services between Asia and the Caribbean, Central and South America, America and Europe; between Europe and the east coast of South America, and on Asia-North America and Asia-U.S. East Coast-Europe routes.

“The intertwining of services has, in the past, been the prelude to a takeover or merger,” Drewry said, citing Maersk and P&O Nedlloyd and, more recently, Hapag-Lloyd and CSAV. However, Drewry added, “Nothing in the examples mentioned above is something new.”