Thorough tests and trials have shown the patented technology, Bluezone®, to be an efficient eliminator of molds, fungi and bacteria. Using an ozone concentration 300 times higher than otherwise seen on the market, Bluezone also removes ethylene effectively.

“We are still working on the final design, but we are convinced that the Bluezone and Star Cool combination represents economic and environmental upsides so far unseen in container transportation,” says Soren Leth Johannsen, chief commercial officer of MCI. 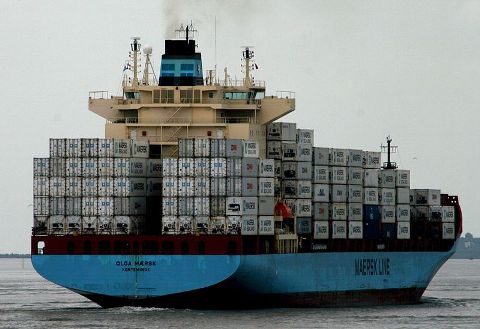 “The years of exacting, scientific work demonstrate the superiority of the Bluezone technology in ethylene and mold removal and value in extending the shelf life of fresh produce,” says Karen Benedek, managing partner of Primaira LLC.

Bluezone complements MCI’s well-known CA and AV+ systems, increasing the geographical reach of containerised transport and preserving the quality of fruit and produce.

“We have for years followed the development in cleaning systems in refrigerated containers because our shippers’ attention to cargo quality preservation is becoming more and more pronounced,” says Clyde Wingate, director of refrigeration services at Seaboard Marine Ltd.

Wingate adds: “The systems offered today in the market, for example using ozone, are often only temporary installed per shipment, meaning it is operationally cumbersome or the effect, due to a low ozone concentration, is undocumented. From a container owner’s perspective it is also a major concern that ozone by nature is aggressive when exposed on rubber, aluminium and copper.”

“If MCI really can manage to develop a system with high concentration of ozone in a concealed chamber, then I’m confident that both shippers and container lines will be very adaptive,” says Wingate.

Bluezone has modal shift potential. Fresh-cut flowers, for example, are a USD 14 billion market globally, and more than 90 percent of the intercontinental shipments are by air.

“We are excited about the Bluezone and Star Cool product and its prospects. For example, just consider the economic and environmental upsides on potentially converting today’s airfreight of fresh-cut flowers into reefer containers,” says Soren Leth Johannsen.