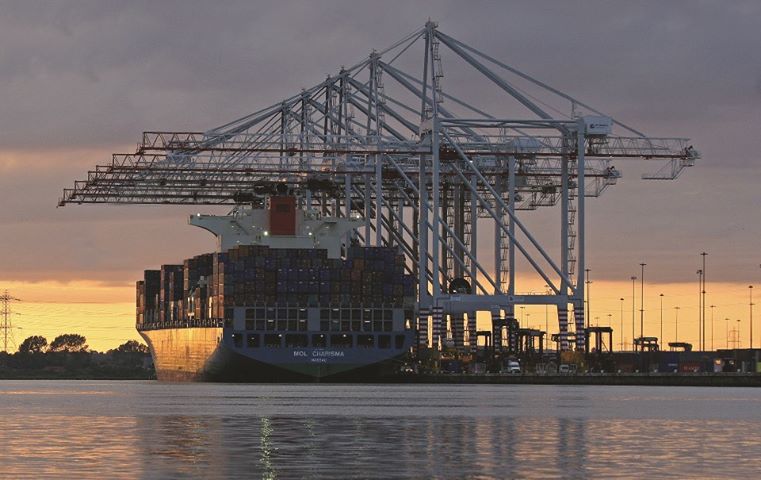 Two sister vessels of MOL Comfort, the world’s largest containership lost to date, are due to return to service in August after having their hull structures strengthened.

According to the latest schedule of owner Mitsui OSK Lines, MOL Courage will enter the LP1 loop from Singapore on 13 August and MOL Celebration will enter the loop from Vung Tau on 23 August.

MOL has confirmed to sister publication Lloyd’s List that the 2008-built, 8,110 teu vessels will resume service after completing their upgrades.

After MOL Comfort broke in half last month, MOL withdrew its sister vessels from service to carry out hull- strengthening works as precautionary measures.

MOL said the work, which takes one to two months to complete per vessel, will enhance the strength of the hulls “twice as much” as the safety standard.

Apart from MOL Courage and MOL Celebration, the vessels include same-capacity MOL Creation, MOL Charisma and MOL Competence built in 2007-2008, and the 8,540 teu MOL Commitment, delivered earlier this year.

All the ships are under the protection and indemnity coverage of Japan P&I Club and flagged in The Bahamas except MOL Commitment, flagged in the Marshall Islands.

MOL said it is still fine-tuning the future sailing schedules of MOL Charisma, which left for dock on July 18, andMOL Creation, which left on 4 July.

MOL Competence will be withdrawn from the LP1 service and put into dock next week.

Its position in the Kobe-Singapore leg will be taken by the 5,605 teu MOL Gratitude and from Singapore byMOL Courage.

The carrier will set the upgrade schedule for MOL Commitment based on dock availability, MOL said.

MOL Comfort, an 8,110 teu ship built in 2008, suffered a fatal crack amidships and split during a force-seven storm off Yemen on 17 June.

The accident happened when the vessel was carrying 4,382 boxes from Singapore to Jeddah on the LP1 loop.

All 26 crew escaped and were rescued. However, despite salvage efforts, the stern section sank on 27 June and the forward section on 11 July.

MOL said it is still studying insurance claims and will compensate shippers based on contract requirements. Full estimates of financial losses are not yet available.

MOL Comfort and its sister vessels are built by Mitsubishi Heavy Industries and classified by ClassNK.

The three parties have launched an investigation into the cause of the accident, with technical advice from Lloyd’s Register.

Preliminary findings are expected to be released by early September, ClassNK said.