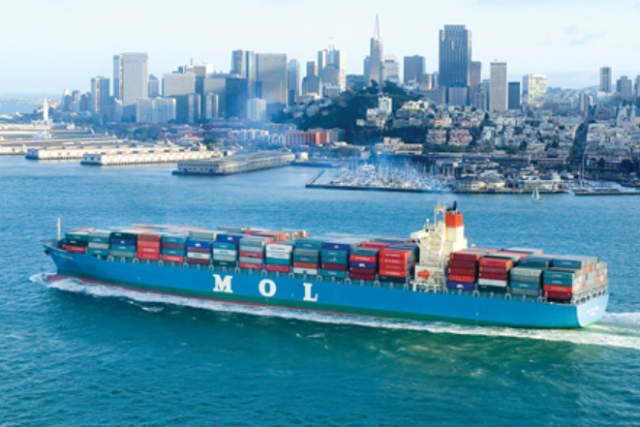 Quarterly revenue was 411.9 million yen, improving from 378.9 million yen in the same quarter in the previous year.

Although the U.S. and Japanese economies experienced recoveries in the first quarter, Europe remained beset by a recession, and there was a widening trend towards slower growth in emerging countries, including China, MOL said in a written statement. The container ship market was perceived as having an oversupply of capacity, which was strengthened by an increase in deliveries of large container ships, and freight rate levels declined as a result, the Japanese container line said.