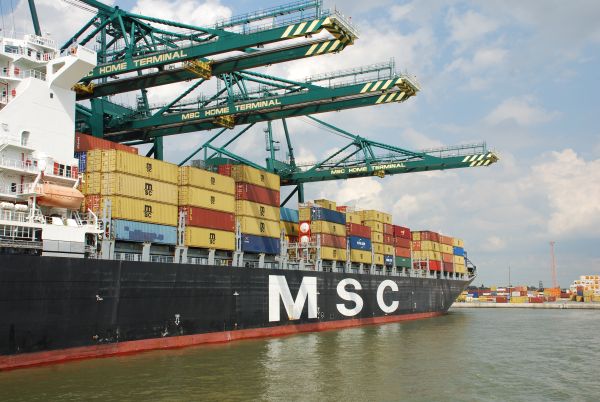 Mediterranean Shipping Co. will challenge Maersk Line as the world’s biggest ocean carrier over the coming four years, as it boasts the biggest order book for new vessels, according to industry analyst Alphaliner.

With new orders totaling 572,000 20-foot-equivalent units since 2009, Swiss-based MSC will narrow the gap with Maersk Line from 250,000 TEUs to less than 100,000 TEUs within four years. Alphaliner expects the current top 5 carriers – Maersk, MSC, CMA CGM, Evergreen and Cosco – to maintain their rankings through September 2016.

Recent orders by Yang Ming Line and United Arab Shipping Company for new tonnage of 14,000 TEUs to 18,000 TEUs will propel them up the rankings, with the Taiwanese carrier set to jump from 14th to 10th and the Kuwait-based line set to jump from 19th to 14th – assuming none of their new ships are chartered out. Germany’sHapag-Lloyd is set to drop from the sixth position to the eighth, while APL is forecast to rise to sixth from eighth at present. Israeli carrier Zim is seen dropping to 20th from 17th. Alphaliner’s projections are based on carriers’ current fleet and order book and assume the return of ships that are currently chartered out.

While there will be shifts in carrier rankings, there are no signs of consolidation through mergers or any of the top 20 lines exiting the industry in the near future, Alphaliner noted. There was speculation that the decision by MISC Berhad to quit container shipping in 2012, following mounting losses and rising investment costs in ever larger vessels, would herald a wave of consolidation as smaller lines merged or followed the Malaysian carrier out of the business.

“However, if the recent spate of new container ship ordering by several top 20 carriers is any indication of the carriers’ intentions to ensure their long-term survival in the sector, then consolidation remains a distant hope,” Alphaliner said.

Eighteen of the top 20 carriers have placed orders for new container tonnage, totaling 344 vessels with an aggregate capacity of 3.4 million TEUs since 2009, valued at $34.1 billion. Only two of the top 20, Zim and Japan’s NYK Line, have not contracted for new ships in the past four years.