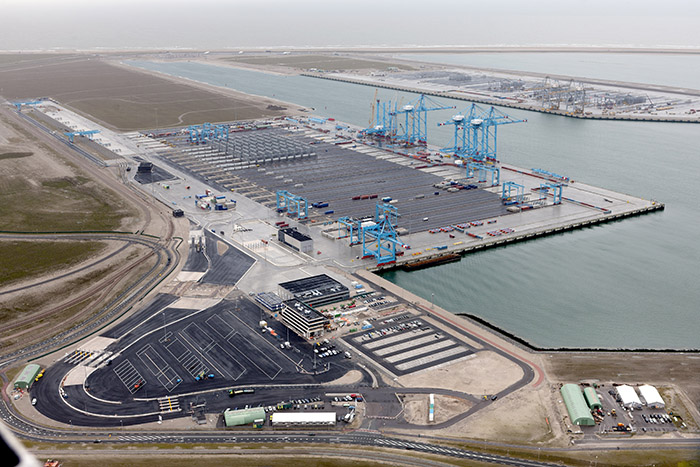 LONDON – Rotterdam dock workers are planning a series of 24-hour strikes over the next two months to protest possible lay-offs at the port’s newest container terminals.

The FNV union has called for job guarantees for nine years, a demand rejected by the three leading terminal operators, Europe Container Terminals, APM Terminals and Rotterdam World Gateway, which is owned by a consortium of DP World and ocean carriers.

A large majority of 850 dockers at a meeting earlier in the week voted in favor of industrial action, with the first walk out expected between Dec. 9 and 11.

The union has not ruled out an all-out strike to protest the expected loss of 700 of 4,000 jobs at two new highly automated container terminals operated by APM Terminals and RWG on Maasvlakte 2, a large tract of land reclaimed from the North Sea.

“The employers have said that they think that (job guarantee) demand is not realistic, something of a different era,” Reuters quoted Sjaak Poppe, a spokesperson for the Port Authority, as saying.

The port authority pinned part of the blame for traffic growing by just 1 percent in the first nine months of the year to the fact that the two new terminals are not yet operating at sufficient speed to handle large cargo volumes.

The older facilities on Maasvlakte 1 are working close to capacity which is limiting growth, the port authority said.