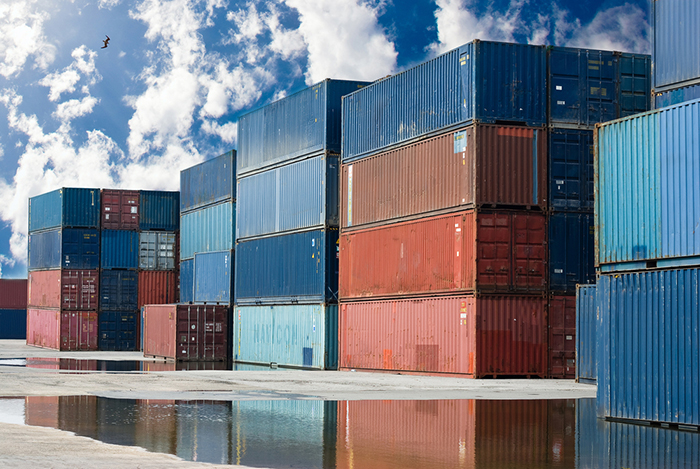 WASHINGTON — The United States and any other country that is party to SOLAS can delay implementation of the International Maritime Organization’s controversial container weight rule by up to a year, a fact bound to increase pressure on the U.S. Coast Guard to extend the deadline past July 1 to avoid potential trade disruption.

According to Article VIII(b)(vii)(2) to the amendment to the Safety of Life at Sea convention, any of the 162 signatory nations can inform the IMO of a delay of up to one year as long as it notifies the U.N. agency before the rule takes effect on July 1.

On behalf of its container line membership, the World Shipping Council has pushed for the rule requiring shippers to physically weigh containers and their cargo and present to carriers a signed Verified Gross Mass document for each container before it can be loaded at the port of origin. In several communications to the industry, the WSC has stated that the rule will become effective on July 1, without noting the possibility of any delay. WSC members control some 90 percent of global container capacity.

The delay option will empower U.S. exporters, who this month called on the Coast Guard to delay the rule until it can be amended and determined that they won’t face a competitive disadvantage against foreign exporters. The Agriculture Transportation Coalition also called for a congressional inquiry. Peter Friedmann, executive director of the Washington-based group, said the Coast Guard could delay implementation much the same way the Secretary of Homeland Security delayed implementation of the 100 percent scanning requirement for all inbound containers as mandated under the 2006 Safe Ports Act. Congress repeatedly has given the department the go-ahead to delay the scanning mandate.

“The Secretary of (the Department of Homeland Security) is authorized to postpone implementation of the 100 percent scanning provision if he/she determines that it cannot be successfully implemented. There is no similar provision in the SOLAS amendments,” John Butler, World Shipping Council CEO told JOC.com in a Feb. 4 e-mail. “More to the point, nobody can seriously make the case that in 2016 it is unreasonable to require a shipper to accurately describe the weight of a loaded container that it introduces into international commerce. We don’t know of any other shippers that are making such a claim.”

But delaying the rule would be difficult given its global rollout, according to the U.S. Coast Guard. The U.S.-flag fleet and U.S. containers would be at risk if the U.S. unilaterally delayed implementation of the rule because the regulation would still apply at foreign ports and could apply to foreign-flag ships calling at U.S. ports, which carry the vast majority of U.S. containerized cargo, Rear Adm. Paul Thomas, the agency’s assistant commandant for prevention policy, said in an e-mail.

“Consequently, foreign-flag ships, which carry the vast majority of containers from the U.S., would be bound by their flag states’ requirements not to load the containers in U.S. ports as the VGM had not been verified,” he said.

At the heart of the debate of whether the rule should be delayed is how onerous the rule will be for shippers to comply with. The U.S. Coast Guard and WSC argue that shippers have been required to provide gross mass information since 1994, and the SOLAS amendment only introduces the term “Verified Gross Mass” and specifies how that can be determined — by weighing the packed container in its entirety, or by calculating the weight of the goods, packaging, dunnage, securing materials and container. The lack of enforcement of the existing rule and definition of how it would be enforced is what spurred the IMO to amend the SOLAS rule, the WSC said in a white paper response to an AgTC position paper criticizing the rule.

The AgTc and other shippers counter that the verification requirement is a dramatic change and there is a lack of details on implementation, from the sending of verification to shippers to the acceptable weight variance, despite the rule taking force in less than five months. Ultimately, the transportation costs of U.S. exports will rise, the AgTc argues.

Because the rule has been in effect since 1994, the Coast Guard doesn’t expect to change the two ways it enforces SOLAS. Under the first scenario, the Coast Guard would detain cargo found without a VGM on a foreign-flag vessel until it is cleared by the country of origin, Thomas said. Through the second scenario, the agency’s Captain of the Port could hold U.S. export cargo if it didn’t include an accurate VGM or had no VGM.

“It is also important to note that for the Coast Guard to enforce this SOLAS requirement on domestic shippers or U.S.-flag vessels we would first issue regulations in full accordance with the Administrative Procedures Act,” Thomas said. “We have not done that since the regulation went into effect in 1994, and do not intend to do so as a result of these amendments.”

No data exists to support a need for further rulemaking, Thomas said. He previously told JOC.com that the agency would put out a policy letter this month, but it wouldn’t include much beyond what was in the IMO rule. The Coast Guard will host a Feb. 18 public meeting on the VGM mandate at Federal Maritime Commission headquarters in Washington.