Shipping has so far not benefitted from the research and development that has turned biomass into one of the world’s most important sources of renewable energy. Two projects involving Maersk aim to change that.

With an annual fuel bill of USD 7 billion for vessel operations, the Maersk Group must continually consider ways to reduce its bunker fuel consumption. Greater efficiency is the primary way of achieving this; alternative fuels are another.

Two current projects are focused on realizing the marine fuel potential of one of the world’s most abundant and sustainable biomass resources: lignin.

Potential in a relatively uncharted area

In nature, lignin is a complex organic polymer found in plants. The more lignin there is in wood the sturdier and stronger it is and the more efficiently it burns. But lignin is also released in large quantities as a residue during the production process of paper as well as advanced bio-ethanol.

“Lignin has a variety of industrial uses already because of its chemical characteristics, energy content and its abundance; yet its potential as a marine diesel fuel is a relatively uncharted area,” says Peter Normark Sørensen, with Maersk Oil Trading, the Maersk Group’s oil buying arm.

Opportunities and challenges in biomass

A separate project called ‘Biomass for the 21st Century’ is co-funded by the Danish National Advanced Technology Foundation and involves Maersk , DONG Energy and several other companies and academic institutions.

Professor Claus Felby at the University of Copenhagen is leading the project, which is also looking at lignin as a potential marine fuel as well as other sustainable sources of biofuel with consideration for logistics and scale production challenges. 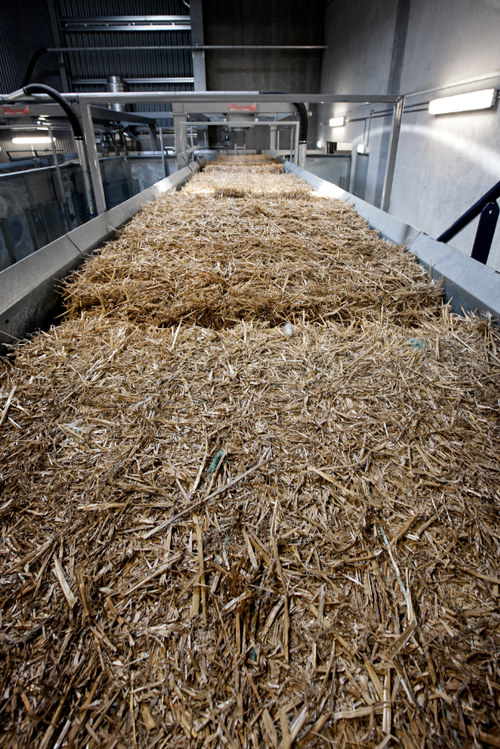 A detailed report released in September outlined the scope of the project. “If either of these projects is able to make a biofuel that meets our requirements that would be very exciting and could let the industry and markets focus on the challenges that would follow—the scale and logistics required to make it a commercial alternative,” says Maersk Oil Trading’s Normark.

The agreement between Maersk and Progression Industry states that if Progression can produce a lignin based fuel that meets Maersk’s criteria then Maersk will buy 50,000 tonnes of this fuel.

“For the past 75 years, the shipping companies have used oil, but looking at the next 75 years this is likely to change. In the longer term oil is simply going to run out, so we need to start looking for alternatives,” says Jacob Sterling, head of Environment and CSR in Maersk Line.

“The great thing about biofuels is that they would not only secure a future fuel supply, they will also greatly reduce our CO2 and SOx emissions ,” says Sterling.