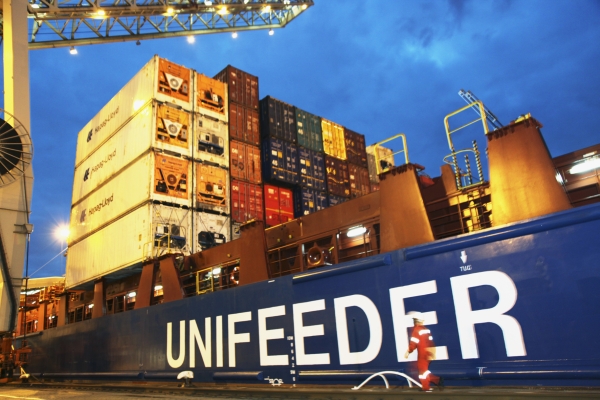 The companies did not give financial details of the deal, which they expect to close at the end of October, subject to regulatory approvals.

The two carriers will continue to trade separately “but will focus on combining [their] capabilities to improve services and operations to match the increasing requirements of clients,” Denmark-based Unifeeder said.

Unifeeder has a fleet of about 40 container ships transporting more than two million containers a year between ports in the United Kingdom, Belgium, Germany, the Netherlands, the Nordic region and the Baltic Sea.

UFS‘s 25 vessels serve ports across the Mediterranean and the Black Sea.

The acquisition will build economies of scale, “which is the key to our long term competitiveness,” Unifeeder CEO Jesper Kristensen said.

“UFS brings significant experience and knowledge into the future relationship with Unifeeder that will benefit both companies,” said Cecilia Batistello-Eckelmann, chairwoman of UFS.

Unifeeder strengthened its leading north European market share in August 2012 with the $36 million acquisition of Feederlink Shipping from Irish Continental Group. It moved into the Mediterranean market in 2012 with the launch of services between Spain, Algeria and Tunisia.

The company was acquired by Nordic Capital, a Swedish private equity fund, for around €400 million ($540 million) in April, double what the UK’s Montagu Private Equity is thought to have invested when it backed a management buyout from the carrier’s founders in 2007.