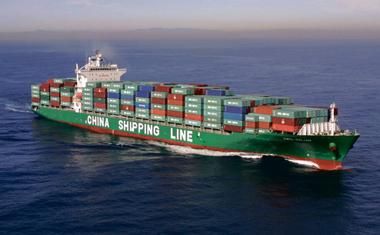 Zim Line and China Shipping Container Lines have increased their weekly capacity and the number of port calls on one of their joint Asia-Europe services.

The two carriers announced that they have added Dalian, Qingdao, Port Klang and an additional call at Shanghai to their AEX1 service.

The sailing time added through the new port calls does not counteract the additional vessel capacity to maintain the same weekly number of slots available, according to Lloyd’s List Intelligence.

As a result of the upgrade, weekly capacity on the service will increase by around 12% from just over 8,600 teu to more than 9,700 teu per week.

Following the adjustments Zim will deploy three 10,000 teu vessels on the service while CSCL will operate the remaining vessels.

According to Lloyd’s List Intelligence, carriers have now reduced the amount of overall capacity they deploy on the Asia-Europe trade by 1.9% since the last Friday in June.