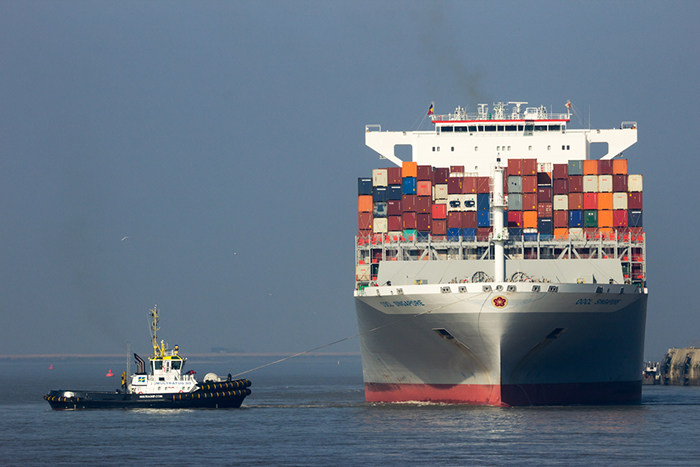 Orient Overseas Container Line has been a regular subject of industry rumors surrounding mergers and acquisitions.

The sensitivity of markets to takeover talk saw investors piling into Hong Kong-listed Orient Overseas (International) Limited stocks amid mounting speculation that its liner shipping unit, Orient Overseas Container Line, will be the latest target in a wave of consolidation that is sweeping over the industry.

Frantic trading in the last three days has seen millions of OOIL shares changing hands on the Hong Kong Exchange, driving up the stock price almost 20 percent higher than it was when trading resumed after the New Year holidays 10 days ago.

According to Alphaliner, Cosco Shipping and Evergreen Line have been touted as potential buyers for OOCL, although the analyst noted that neither company has publicly expressed any interest in participating in a new round of liner acquisitions. Cosco and Evergreen are OOCL’s partners in the new Ocean Alliance that is due to be launched in April this year, together with CMA CGM.

“OOCL has long been viewed as a prize catch due to its consistently profitable container shipping operations and strong yield management,” Alphaliner said in most recent weekly newsletter. “However, it has not been immune to the liner market downturn and is expected to post a full-year net loss for 2016, its first negative annual performance since 2009.”

The analyst speculated that recent moves by OOCL’s rivals to consolidate could prompt the Tung family, which controls some 69 percent of OOIL’s shares, to consider a divestment of its liner shipping activities as OOCL’s relatively small size, in comparison with its main rivals, could see it struggle to maintain its superior operating margins.

The speculation surrounding an OOCL sale has been around for years, but through all the market rumors the carrier has remained tight-lipped. In December, an OOCL spokesperson told JOC.com, “There has been a lot of speculative reporting on a number of different topics in the industry of late, but we won’t be in any position to respond to them.”

The consolidation in 2016 that has changed the face of the industry was driven by container lines searching for scale that enables them to reduce their unit costs and stem the tide of losses. Maritime analyst Dynamar reported that the top 12 lines lost a combined $13 billion in the first nine months of 2016 as excess capacity and weak demand weighed heavily on rates.

Interested in sharing JOC.com content? Please view our current Copyright and Legal Disclaimer information, as well as our Frequently Asked Questions to ensure proper protocol is followed. For any questions, contact the Customer Support team at our Help link.

Spot freight rates on Asia-Europe fell to their lowest ever level in mid-March, and although the prices rose sharply in the last two months of the year, too much supply and too little demand is expected to continue a decline that began a week into 2017. The weekly rate movements are tracked on JOC.com‘s Market Data Hub.

Liner shipping companies could achieve scale by either driving down costs or by using a specific market combination to drive up prices, such as Maersk Line acquiring Hamburg Süd to become the dominant reefer operator on the Latin America trade, said Sanne Manders, chief operating officer of Flexport, a technology-driven freight forwarder.

“The top three players all have different strategies on how to increase scale and they are rapidly consolidating the market. MSC [Mediterranean Shipping Co.] is doing it by buying ships and they have a lot on order, CMA CGM is doing it by acquisition and Maersk has done a bit of both,” Manders said.

For Edoardo Podestà, managing director of Dachser Air and Sea Logistics Asia-Pacific, there were two factors driving container lines’ quest for scale. “The never ending quest for cheaper slot costs pushing bigger ships, but a lot of that is ego — my ship is bigger than yours,” he said.